WHERE THE MAGIC HAPPENS

Meade Design Group studio’s neutral scheme creates the perfect backdrop for design concept presentations but has been layered with a myriad of innovative ideas and details working together to create an inspiring work and meeting place. A showcase for the Iván Meade fabric line, design finds, graphic wall treatments and integrated signage, the studio is the perfect culmination of the services Meade Design Group has available to its clients. Clients are welcomed by appointment to explore design possibilities, products and concepts. 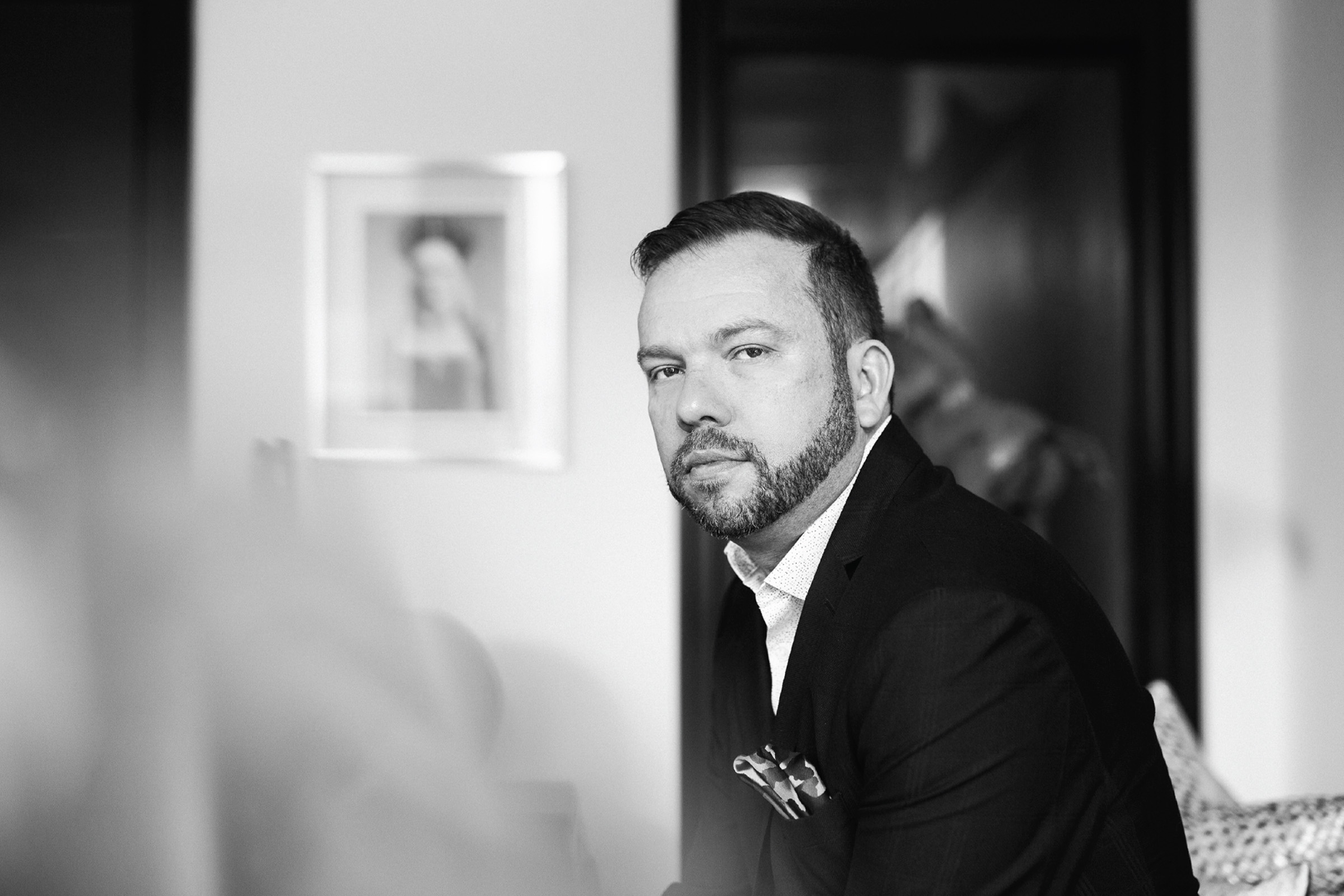 Iván designs because It is an intrinsic part of his life. Design is Iván’s passion, he believes everybody deserves to live surrounded by beauty; beauty in the form of function and aesthetic. A good design has to work first, then it has to please the eye.

As principal designer and founder of Meade Design Group Inc, Iván Meade has received international and critical acclaim for his work in interior, graphics and industrial design. Even after 20 years of experience, Iván loves his career because no two days are the same, and that he is able to work creatively with different mediums on a daily basis. Design has always been his passion. He takes pride in enhancing clients homes and businesses so they can live their best life. With the inception of lifeMstyle – the blog in 2007, Iván was at the forefront of the design blogging world. Connections with several contacts within the realm of publishing, art and design that have given him the ability to interview over 200 of the foremost names in the design industry. Born in Mexico, Iván has been working and living in Victoria BC, Canada since 1998. He enjoys travelling, visiting art exhibitions, painting, reading, cooking and practicing the ancient art of “willy nilly”. 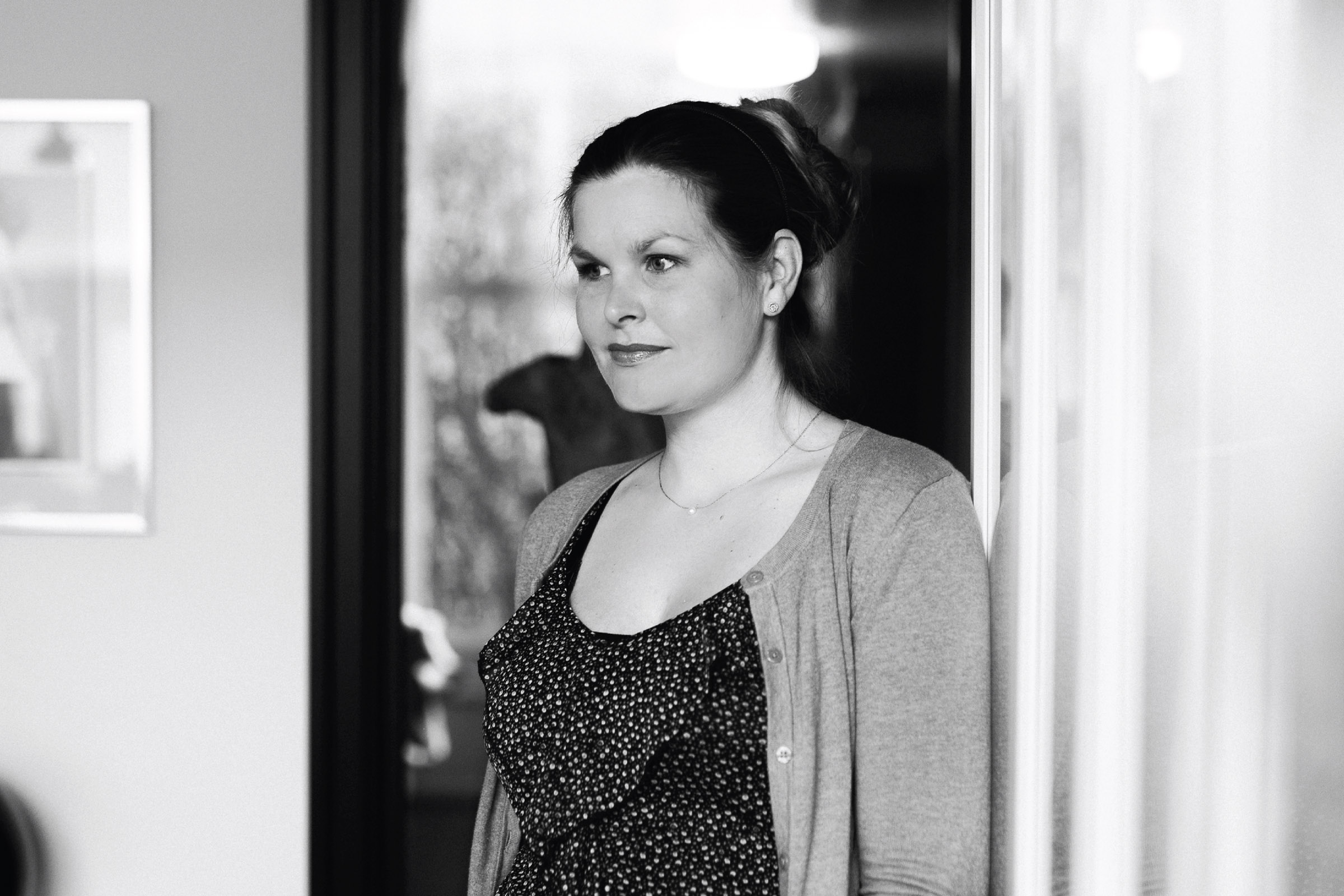 Echo designs because it is a creative outlet that also lets her feel like she is helping others live their best life. It’s art with function and purpose.

Born and raised in Victoria, Echo grew up in the world of renovation and general contracting; she received her Diploma in Interior Design from Vancouver Island University’s Interior Design program and graduated with an award in art history in 2006. Interacting with clients, problem-solving, the wonderful team at Meade Design Group, and the ever-changing array of beautiful and inspiring new products are just some of the reasons Echo loves her career. Echo assists in the conceptual development, sketching, drafting, material and furnishing selections and creative aspects of Meade Design Group’s interior design projects for the last 10 years. In her spare time, Echo enjoys entertaining and spending time with friends, painting, photography projects, volunteering, travelling, reading rock biographies and adventures with her husband, Nic, daughters Aurora and Briar, and dogs, Maximus and Sailor. 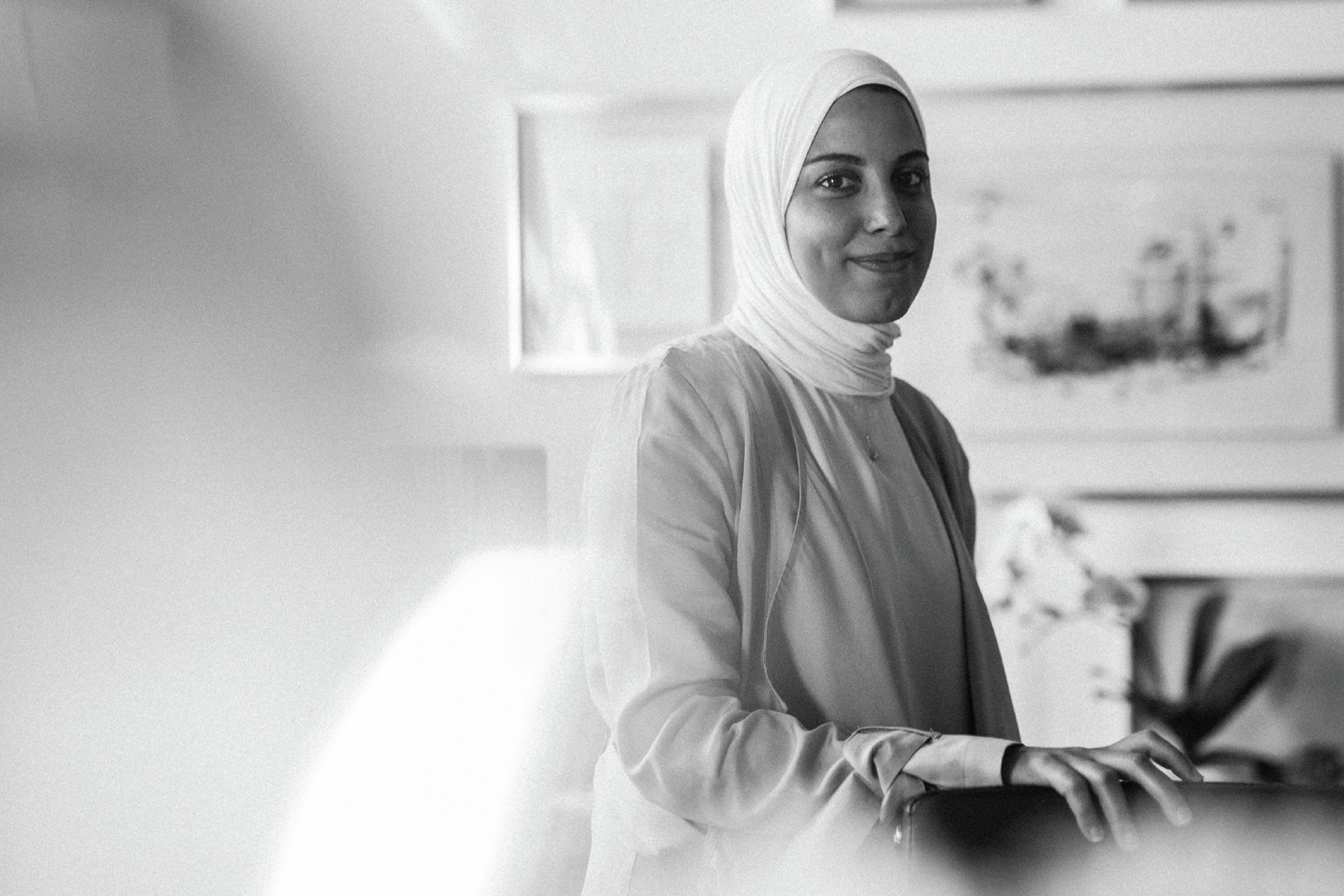 Menna designs because it leads to goals and visions. Helping people convert what they “see” into a creative, beautiful entity that meets their vision.

Born and raised in Oman, Menna has also lived in Saudi Arabia, Egypt and now Canada. Menna took Mechanical Agriculture Engineering at Ain Shams University in Egypt then attended the Pacific Design Academy in Victoria, graduated in Interior Architecture Design. Once graduated, Menna then returned to Saudi Arabia to begin working. After 2 years in Saudi Arabia, she was brought back to Victoria to be closer to family. After 3 months,  Menna began working at Meade Design Group.

Menna is Meade Design Group’s secret weapon when it comes to sketching and drafting. Her tasks also include sourcing materials and furnishings for interiors projects both residential and commercial. Menna is a detail-oriented interior designer, who’s lovely and soft-spoken nature coincide with her powerhouse design skills. On her free time, Menna enjoys travelling, swimming, spending time with her family, and of course eating lots of ice cream. 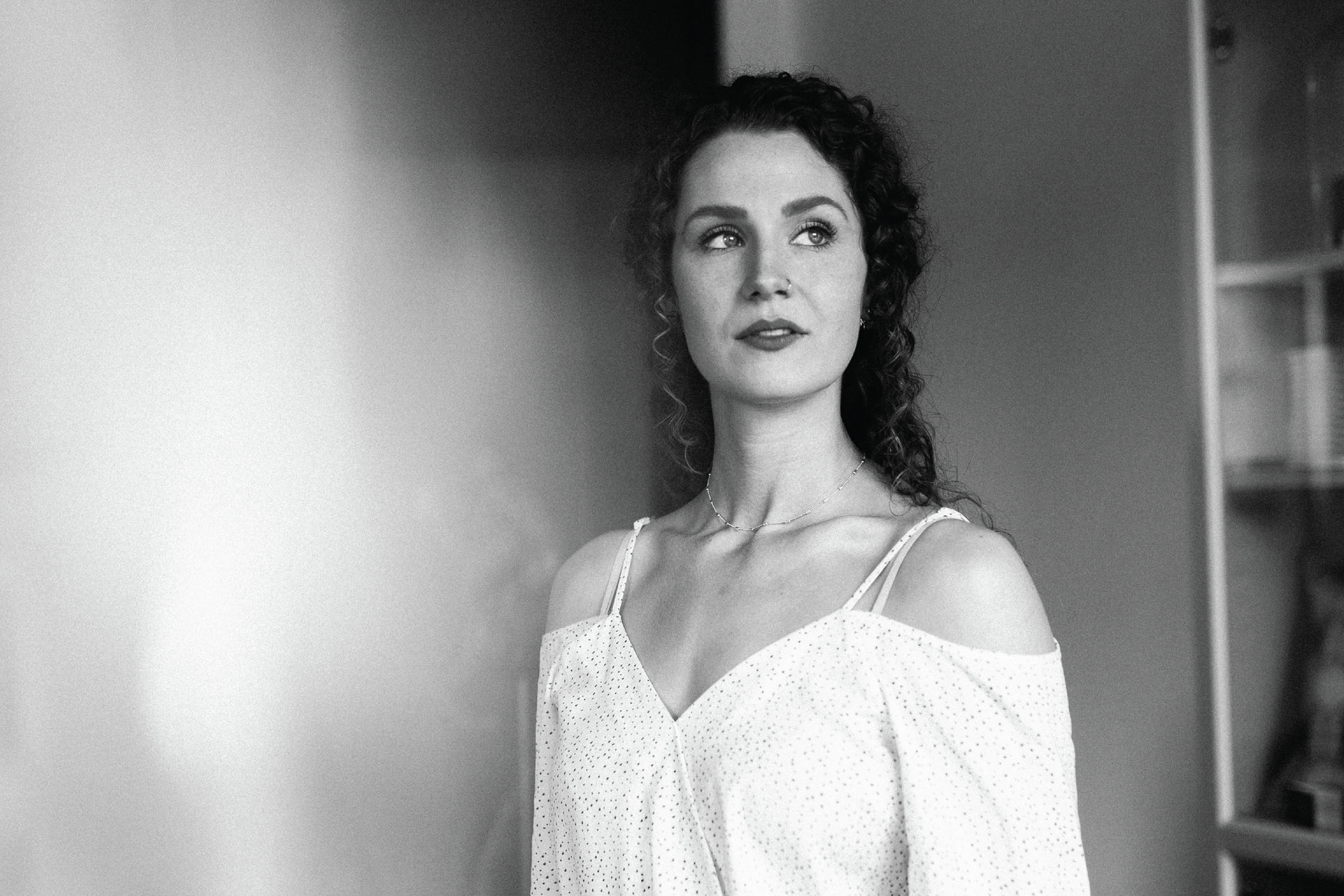 Alex designs because graphic design is an art with a purpose. It is visual communication and aesthetic expression that can be understood in any language, expresses individuality, and surrounds us.

Born and raised on Vancouver Island, Alex has always had a passion for the arts, photography, and design. Beginning in Fine Arts, she then discovered and fell in love with graphic design, and went on to received her Bachelor’s of Arts in Graphic Design at Vancouver Island University. In 2017 Alex graduated with honours, and shortly after obtained a Graphic Design/ Project Coordinator position for an international company based in Richmond, B.C. to facilitate and implement a company rebrand; Alex mainly focused on rebranding the labels of over 300 of the company’s products. After living in Vancouver for just under a year, Alex moved back to the Island and found home in Victoria.

Alex is Meade Design Group’s graphic designer who’s tasks involve brand identity, content creation, social media marketing and any other graphics that come her way. Alex is an enthusiastic and highly motivated designer who loves to laugh, has a vivid imagination, is a fanatic for details, and is known for her trademark curly hair. Alex’s passions include road tripping, caffeine, vlogging, fitness, and growing her plant family (pun intended). 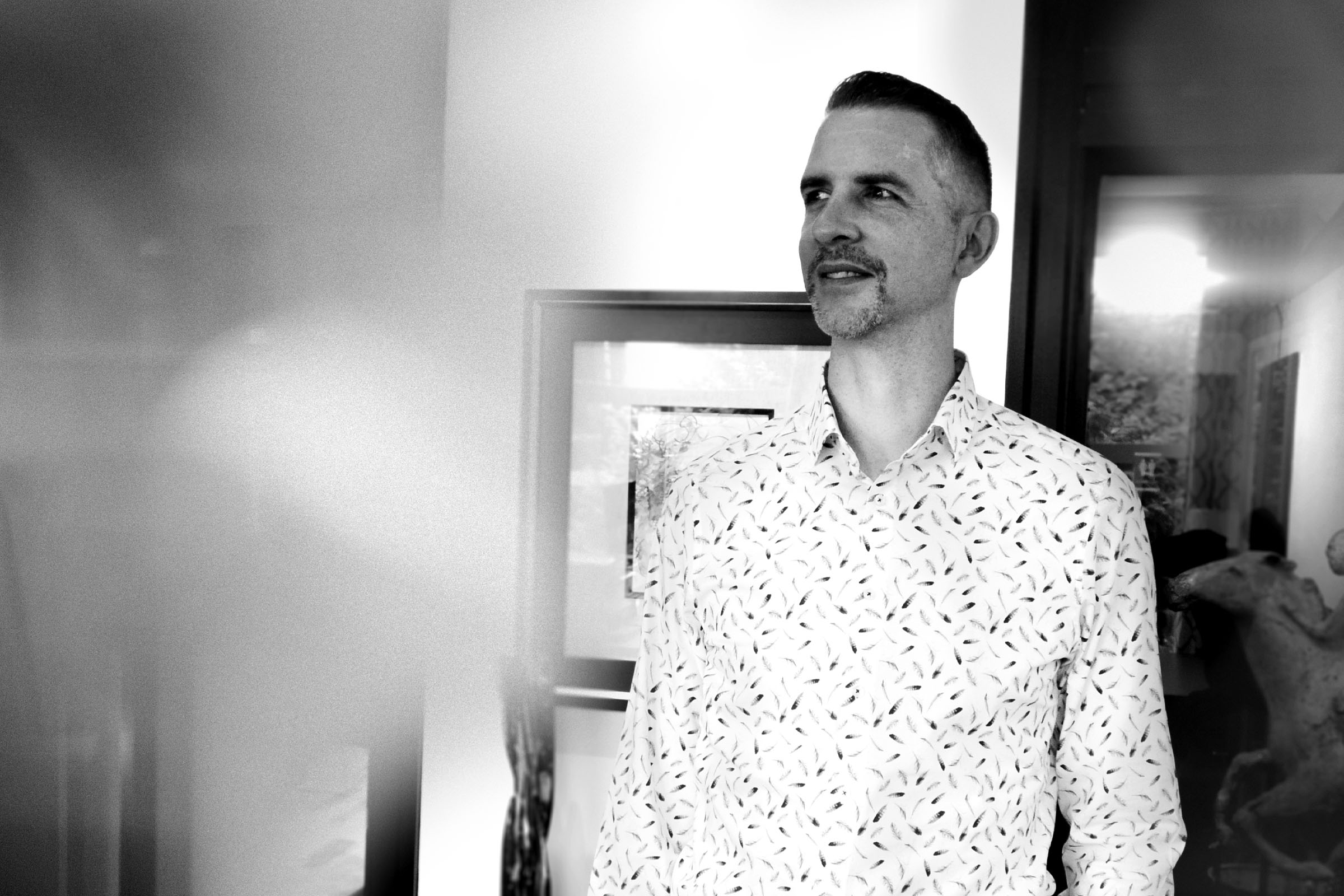 Jeff has always had a love for technology and has been coding since the web began. He moved from his hometown in Ontario to enroll in UVic’s Software Engineering program. He now holds two degrees in computer science and is equipped with a broad set of skills and over 15 years of experience in developing web sites and web applications. Jeff finds his work to be both fascinating and creative. Though he is not with Meade Design Group on a daily basis, Jeff is Meade Design Group’s original web developer and is still a valuable part of the team. Jeff continues to help on large scale projects as an IT consultant; assisting in complex custom-coding and keeping the studio ahead of the curve with the latest technologies. In his spare time, Jeff likes to run, read books, play Ultimate-Frisbee with friends, and saving the odd princess through the power of video games. 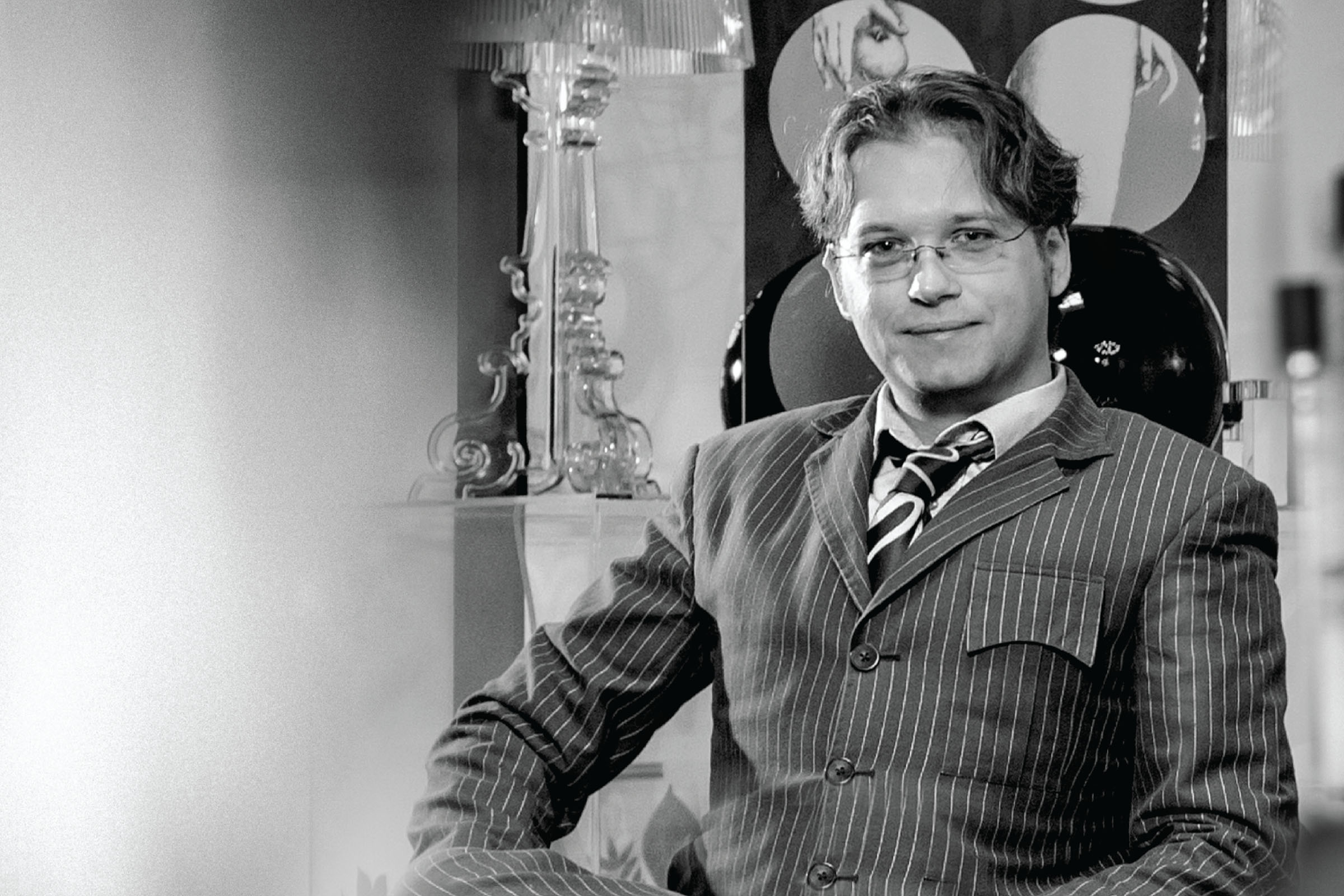 Jan has lived on Vancouver Island more than 17 years and moved to Victoria from Ucluelet with his fiancee to further his career in web development. He has over 14 years of experience in both front-end and back-end web development. Jan assists in all aspects of Meade Design Group’s web development projects including UI/UX, programming, accessibility & cross-browser testing, integration, migrations, e-commerce, deployment and system administration. He is very detail oriented and enjoys the challenge of looking for the best solution to unique requests. In his spare time Jan enjoys keeping up with the latest in web technologies, PC gaming, and likes to treat himself with the occasional cigar and glass of scotch.